TODAY at 1:30: Gov. Tom Wolf will address protests over the weekend to condemn racism, oppression and injustice and the state's response to violence and looting following those protests.  Watch Live:  https://www.governor.pa.gov/live/ or facebook.com/governorwolf/
at 12:45 PM No comments: 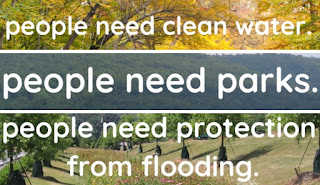 The June 1 PA Environment Digest is now available.  Click Here to read this week’s issue.
at 12:11 PM No comments:

Dept. Of Health Reports 18 Additional Deaths From COVID-19 In PA 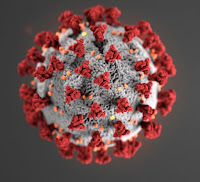 On May 31, the Department of Health reported 18 more people have died in Pennsylvania from COVID-19 for a total of 5,555 confirmed deaths.
As of 12:00 a.m. May 31, there were 511 additional positive cases of COVID-19, bringing the statewide total to 71,926 in all 67 counties.
County-specific information and a statewide map are available.
There are 383,111 patients who have tested negative to date.  Approximately 5,455 of Pennsylvania’s total positive cases are in health care workers.
Of the patients who have tested positive to date the age breakdown is as follows:
-- Nearly 1 percent are aged 0-4;
-- Nearly 1 percent are aged 5-12;
-- Nearly 2 percent are aged 13-18;
-- 6 percent percent are aged 19-24;
-- Nearly 37 percent are aged 25-49;
-- 25 percent are aged 50-64; and
-- 28 percent are aged 65 or older.
Most of the patients hospitalized are aged 65 or older, and most of the deaths have occurred in patients 65 or older. There have been no pediatric deaths to date. More data is available here.
In nursing and personal care homes, there are 15,486 resident cases of COVID-19, and  2,659 cases among employees, for a total of 18,145 at 609 distinct facilities in 44 counties. Out of our total deaths, 3,540 have occurred in residents from nursing or personal care facilities.  Click Here for a county breakdown.
For the latest information on the coronavirus and precautions to take in Pennsylvania, visit the Department of Health’s Coronavirus (COVID-19) webpage, Follow them on Twitter, or Like them on Facebook.
NewsClips/Announcements:
Click Here For This Week’s PA Coronavirus NewsClips
Helpful Links:
Responding To COVID-19 In Pennsylvania - General Resource Page All Topics
State Agency Coronavirus Guidance
Attorney General - Coronavirus Price Gouging Updates
Workers Can Report Businesses Not Following Protective Guidance Here
[Posted: May 31, 2020]
at 12:00 PM No comments:

The Senate last week passed House Concurrent Regulatory Review Resolution #1 in a party line vote-- Republicans supporting-- blocking new state overtime rules from taking effect and sent the resolution to the Governor for his action.
On May 29, Gov. Wolf vetoed the resolution saying the General Assembly failed to comply with the Regulatory Review Act as it considered the resolution and took its actions beyond the deadlines established in that law.  Read more here.
Barring an override attempt by the Senate and House and further legal action, the Department of Labor and Industry’s new overtime regulation will go into effect following publication in the Pennsylvania Bulletin.
The regulations expand the eligibility for overtime to 143,000 new workers in the state.  Read more here.
Liquor Privatization Redux
On May 27, Rep. Timothy O’Neal (R-Washington) introduced House Bill 2547 which calls for the full privatization of wine and spirits sales in the state (sponsor summary).
The bill would close all the state-owned liquor stores, privatize the wholesale liquor system and create private outlets for liquor.
This legislation is similar to House Bill 466 (Turzai-R-Allegheny) vetoed by Gov. Wolf in 2015.
In a press statement, Rep. O’Neal said, “When Gov. Tom Wolf shutdown the liquor stores, he almost returned Pennsylvania to Prohibition and showed us why government should never be in control of alcohol sales.
“Grocery stores and restaurants quickly and efficiently found ways to adapt to the pandemic while the PLCB, at Wolf’s direction, caused mass mayhem and turned Pennsylvanians into modern-day bootleggers.”
PennLive.com reported the last state to privatize its liquor system-- ironically Washington, which was the initial heart of the COVID-19 outbreak-- is apparently having a case of buyer's remorse and wants a do-over, according to one study.  Read more here.
Clergy Abuse Of Children
Rep. Mark Rozzi (R-Lehigh), who was abused by a priest in the Allentown Catholic diocese as a child, filed a lawsuit Tuesday he hopes will get around the statute of limitations for victims to file claims for child abuse.  Read more here.
Rep. Rozzi, who has been trying to get the statute of limitations changed, is relying on a  August state Superior Court ruling that allowed a similar lawsuit based on new information from the 2016 grand jury report on statewide child abuse by Catholic clergy commissioned by the Attorney General.
June 2 Primary Election
As of May 28, 1.26 million Democrats and 520,000 Republicans have applied for mail-in ballots for the June 2 Primary election.  Read more here.
Both Bucks and Montgomery counties have gone to court to try to get an extension on the deadline for receiving mail-in ballots.  Requests like this have been denied before.
Counties all across the state are worried about counting all those mail-in ballots in a reasonable period of time, whether all the ballots will even be received by the deadline-- 8:00 p.m. on election day-- whether voters will find new polling places reduced in number by COVID-19, whether poll workers will all show up, how the new voting machines will work-- you get the idea.
This could all be a slow motion train wreck, but one thing is for sure, county officials are trying their best under difficult and unusual circumstances.
But, whatever happens, it will be a preview for the November 3 main event.

Surprise! Wolf Endorses Biden
On Tuesday, to the surprise of no one, Gov. Tom Wolf endorsed Joe Biden for the Democratic nomination for President.  Read more here.
Biden returned the favor saying Wolf was doing a “a hell of a job” responding to the COVID-19 pandemic. Read more here.
Some Good News
PennDOT reported the number of fatal vehicle crashes in 2019-- 1,059-- was the lowest since record-keeping began in 1928.  There were also 131 fewer deaths on state highways compared to 2018. Read more here.
What’s Next?
The House and Senate both take a week off for the June 2 Primary election and do not return to voting session until June 8, 9 and 10.
With the FY 2020-21 state budget “done,” they will now have to find other interesting things to do.
NewsClips:
Click Here For A Week’s Worth Of Political NewsClips
Click Here For PA Coronavirus NewsClips
Click Here For A Week’s Worth Of Environment &amp; Energy NewsClips
[Posted: May 31, 2020]
at 4:46 AM No comments: