Wolf Nominates Yassmin Gramian To Serve As Secretary Of PennDOT 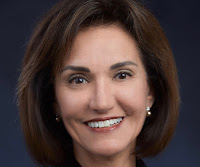 On November 27, Gov. Tom Wolf announced his intention to nominate current Pennsylvania Department of Transportation Executive Deputy Secretary Yassmin Gramian, P.E., to serve as Secretary of the department.
“Yassmin Gramian has proven herself a capable leader and knowledgeable infrastructure planner in her more than 30 years of experience as a project engineer,” said Gov. Wolf. “Her experience working in PennDOT will allow for a seamless transition of leadership over a department that affects the daily life of millions of Pennsylvanians.”
In addition to her service at PennDOT, Gramian has extensive experience in the private sector overseeing complex transportation and infrastructure projects.
She was responsible for many major projects, including Philadelphia’s Roosevelt Boulevard Multi-modal Corridor Program, SEPTA Subway Concourse Improvement Project, Amtrak’s Keystone Corridor Infrastructure Rehabilitation and Reconstruction, PATCO Ben Franklin Bridge Track Rehabilitation, PennDOT’s Central Susquehanna Valley Transportation Project’s US-15 Susquehanna River Bridge, and Philadelphia Airport Terminal F Modernization.
Gramian will replace outgoing PennDOT Secretary Leslie S. Richards, who will become general manager of SEPTA in January. Gramian will assume the role of Acting Secretary effective Friday, December 6, 2019.
“Leslie Richards’ leadership has been instrumental in getting Pennsylvania back on the right track after years of infrastructure disinvestment,” said Gov. Wolf. “Her strategy-based infrastructure investments and use of technology have allowed for improvements to the Commonwealth’s 40,000 miles of roads that will benefit Pennsylvanians for years to come.”
at 4:29 AM No comments: